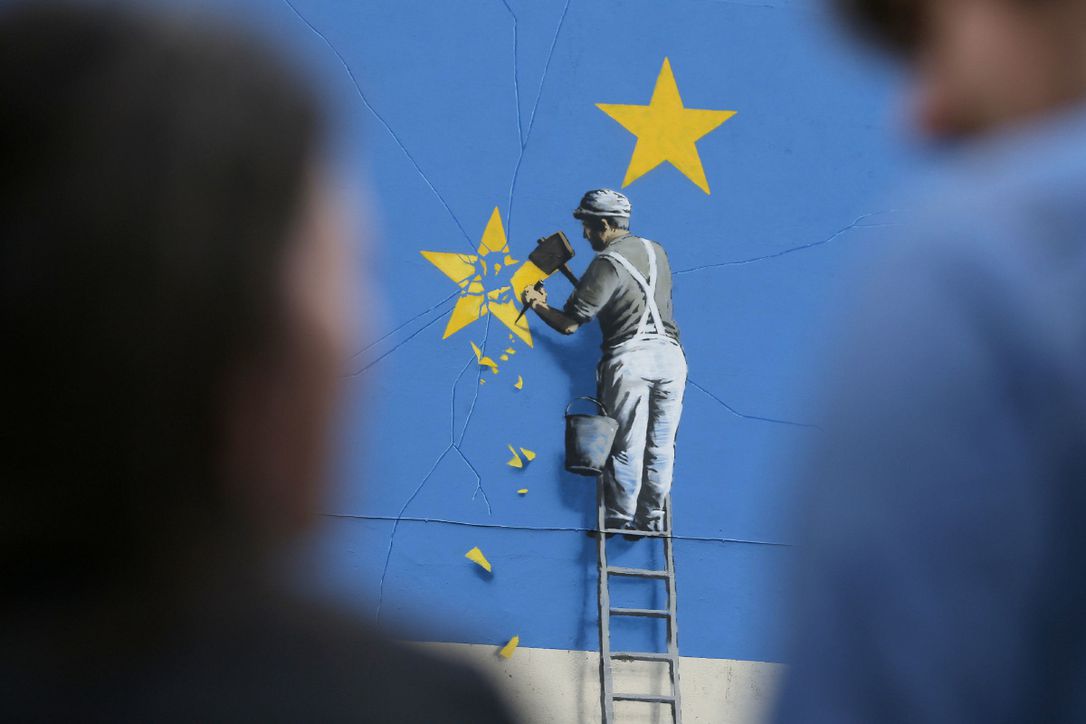 Don't mope on Brexit day - instead crank up the volume and think about everything that we have achieved.
For the last 1,317 days, this song has for many been the unofficial anthem of the Remain Movement.

We fought hard and went from a fringe movement to something that had mainstream coverage and was clearly beginning to rattle many of the Brexiters.
Through the process, many of us made many new friends and discovered new skills we never imagined we had.

Tomorrow is a bitter moment for many - the point where "by automatic operation of the law" we will be leaving the European Union (and it's predecessor, the European Community) after just over 47 years of membership.

Think about that figure for a moment - people claim that life was so much better before we joined - but to remember it well and to have lived as adults in a pre-EU era, you would now be close to retirement age.

Ultimately we were not successful in our primary objective, although it could be argued that there is little more that a grass roots movement could have achieved peacefully when the weight of much of the establishment was against it.

Perhaps we could have been more united, but our movement always lacked an obvious single figurehead for support to coalesce behind.
We have achieved more than many felt possible, but it was sadly still not enough.

The remain movement started not as a political party, but largely from individuals united by common belief.
We had to teach ourselves methods of campaigning, to learn organically, to forge alliances locally, nationally and internationally.

We may have different reasons for wanting to stay in the EU, but I think that all Remainers have an understanding not just that leaving solves no problems, but that it is likely to create new ones.

Brexit was never just about the EU. It was about the direction that the UK is taking - whether it's an outward looking, open minded modern country or whether it spends its time dwelling on past glories and trying to find ways to re-live them without understanding its new context.

Both for British citizens living in the EU27 countries and for nationals of the EU27 living in Britain, this is a traumatic time. People have been left in limbo, used as bargaining chips and promises abandoned and denied.

You may be coping relatively well with where we are now, you may have come to terms with what is going on - you may be resigned to Brexit, or you may even be looking forward to it (although if so, you probably shouldn't be following this account).

But remember that many will be scared, frightened of the increasingly hostile environment for any who in some way may be made to feel that they don't belong. We are in an ill defined phase of what is still largely on a voyage into the unknown with an unclear outcome.

Think of those around you tomorrow. Say something kind to them. Make them realise that you appreciate their presence. Let them know that you are thinking of them and have concerns for their well-being.

Rather than a day of mourning, or one of angry flag waving, make it a day of kindness and re-assurance. Make it is a display of everything that is best about the Remain movement.

But at the same time, we don't really know what happens next. We know that Brexit is not done and won't be for many years. However, the ageing mandate from the referendum will have been well and truly discharged and the "will of the people" argument will lose traction.

Negotiations on our future relationship are likely to last many years and as yet, the government is giving little concrete detail of what form they want this to take.
It is likely that the Brexiters may once again become riven with infighting during this process.

The assault on our rights that began with Brexit will not just die out now though allowing things to quietly return to normal. We are in the middle of a culture war and those who have tasted victory will now have many other institutions and constructs in their sights.

It may well be a difficult few years for many of us, but that does not mean that we should flee rather than fight.
We are in an era when this quote from Thomas Paine seems apt:

These are the times that try men's souls. The summer soldier and the sunshine patriot will, in this crisis, shrink from the service of their country; but he that stands by it now, deserves the love and thanks of man and woman. Tyranny, like hell, is not easily conquered; yet we have this consolation with us, that the harder the conflict, the more glorious the triumph. What we obtain too cheap, we esteem too lightly: it is dearness only that gives every thing its value.

So let us make sure we are not just seen as sunshine patriots. As we we look back on the last 1,317 days, we must build on what we have learned and think forward to the next 1,317.

Our role is now flipped - we are no longer those fighting to maintain the status quo, but the rebels hoping to upset the trajectory the country has taken. We must hold the government to account - publicising the evaporating false promises and the calling out the misinformation.

Take a break, have a day full of acts of kindness and prepare yourself for the battle ahead.
This is not farewell, merely the end of the introduction and the start of the first chapter.
But remember that what is demolished in a day may take far longer to rebuild.

Thank you everyone for all your support over the last few years. Don't go away, don't lose faith, don't ever forget to stand up for what you know to be right and don't be afraid to speak truth to power.

I will be silent on social media for the rest of today - letting the leavers have their moment of glory before wondering what exactly it is they have won.

Don't be afraid to express your emotions tomorrow, but at the same time, don't allow others to seize them and reconstruct them to serve their own ends.
Good bye EU. We'll be back soon. Leave the light on for us...